Once every decade, Sight & Sound  (a publication of the British Film Institute) releases a list of the top 50 films, as voted on by film “professionals.”  This list has always been viewed with a certain hallowed reverence by some in the industry, but an equal number of film buffs view it as elitist.  One constant on this list for the last half century has been Orson Welles’ Citizen Kane in the top spot.  This year that film has been supplanted by Hitchcock’s Vertigo.

Does this mean that Vertigo is “better” than Kane?  The idea of empirically defining any work of art as better than another can only be subjective and arbitrary.   In  many other mediums of expression, the very idea of a best-of list is absurd.   The thought of trying to say that Van Gogh’s Starry Night is “better” than Botticelli’s Birth of Venus (to pick two famous paintings at random) is laughable.  There is no context by which to compare them.  They are separated by centuries, the product not only of different times and nations, but different worldviews.   Try this one:  rank the following books in order of greatness:  The Odyssey, Oliver Twist, Catch-22, One Hundred Years of Solitude, Huckleberry Finn.  Difficult, if not impossible.

Yet when it comes to movies, (and music), we are incessantly making lists.  Perhaps it has to do with the medium of movies having been around for a much shorter time.  With just over a century of material to view, maybe we have an easier time placing them in context.  And yet, one could make the argument that Kane and Vertigo, although made in the same state less than 20 years apart, are as dramatically different as two paintings or novels separated by centuries.   Whatever the reason, movie list-making is here to stay.  All one has to do is google “top films of all time”, or something similar, and you will find page after page of movie lists, from the popular and mainstream, to the many hundreds if not thousands of blogs devoted to films. 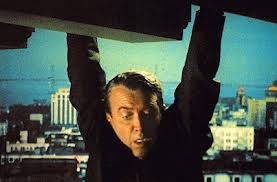 I had a suspicion that a majority of film lists would be written by men, and that top-10 lists in general were more a male activity, particularly young men.   When I was a twenty-something young man I had many conversations with friends and coworkers that centered around making a list:  What are the three best burgers you’ve ever had?  Who are the five best-looking girls that work here?  Most of the guys I knew, including myself, were slightly tamer versions of the characters in Nick Hornby’s brilliant novel High Fidelity.  These fictional characters worked at a record store called Championship Vinyl, and incessantly made lists about everything.  When the protagonist discovers that his girlfriend’s father has died, these guys immediately start making a list of the top five songs dealing with death.  My very unscientific random sampling of blog sites leads me to believe that there are indeed more men making best-of movie lists, but there are plenty of women who have as well, I was delighted and relieved to discover.

So if all these lists are arbitrary and subjective, what is the point?  Why do so many movie lovers (myself included) eagerly peruse these lists?  Because we want to compare our own subjective views with those of the listmaker;  our views may be very different, but what we share is a passion for films.  Our “10-best” films are at the very least a reflection of our taste, and at best, maybe a reflection of something more.  So do these lists ultimately mean anything?  Nope.  There is no “best” anything.  The primary function of a movie is to entertain, to provide some escapism.   Whatever movie does that for you, may be your best, and that is irrefutable, no matter how many film “experts” tell you that your view is incorrect.  I once worked with a girl who thought Con Air was the greatest film ever made, and I, seeing myself as an arbiter of good taste in films, secretly snickered behind her back.   Today I would applaud her view.  If that film brings her pleasure, then who am I to deride it?

It is precisely because our tastes differ that these lists have meaning.  That is their greatest significance, as a conversation starter.  Put 10 self-professed movie lovers in a conference room, distribute to them a list of the 100 greatest films as chosen by (whomever) and give them the direction:   discuss.  You can be assured that hours of dialogue will follow.  So there you have it.   We are humans of the 21st century.  We will make movies.  We will make lists about movies.  We will discuss the lists, and the movies, endlessly, as a way of expressing our individuality, and yet finding a commonality at the same time.

Now a quick look at these two films, in the world of movie lists.   Both Vertigo and Citizen Kane appear on virtually every major “best movie” list.  However, Kane has always placed higher, until now.

Kane placed higher on all of these lists as you can see (of course IMDB changes constantly, but this ranking is as of 9-23-2012.)

Does this reflect a change in the view of these two movies in general, or in relation to each other?  They actually share some things  in common:  they are both considered technically brilliant, they both achieved their status of “greatness” decades after their initial release, and they are both films that many casual movie viewers struggle to engage with on a first viewing.   I have heard or seen comments many times,  in reference to both films, along the lines of:  “I just didn’t get it”, or “I couldn’t even get through it.”  While such comments may make some of us wish to grab the comment makers by the shoulders and shake them, there is a validity to what they are saying.

I love Vertigo.  I think it is an amazing work, a tortured and tortuous psychological journey into the darkness of the human psyche, with amazing performances.  This film is Exhibit A to refute anyone who thinks that Jimmy Stewart  just played variations of the same character over and over.   And I can’t say enough about Kim Novak’s work in this film.  She has to play multiple roles, and she has to make the audience fall for just as she has to make Stewart’s character fall for her, and she does it in the most intensely understated way.  But I certainly wouldn’t recommend Vertigo to a Hitchcock newbie who asked what film to watch first.  As a matter of fact, I wouldn’t recommend it as my second or third choice either.  It’s not as directly engaging as Rear Window, or Psycho or many other Hitchcock films considered classics.  Vertigo (and Citizen Kane as well) require a level of committed engagement from the viewer, and some people are never going to have that kind of patience.  And for those who don’t, that’s OK.  I would say to someone who was watching these films for the first time, that they require the maximum investment if you want to receive the maximum payoff.

So which is better, the Van Gogh or the Botticelli?  The Welles or the Hitchcock?  Let’s just say they are two very good films, and you could certainly do worse than giving them a try. 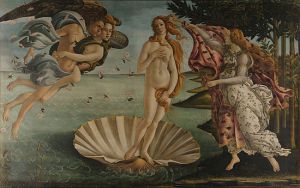 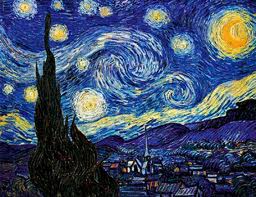