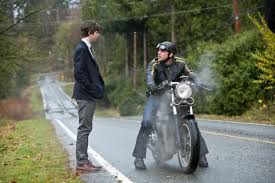 Early in this episode we see Norman walking home from Bradley’s house in the morning, jacket casually slung over his shoulder.    He is walking like any 17-year old boy would walk after spending the night with a girl for the first time.  It could almost be called a strut.   You can practically imagine “Staying Alive” playing in the background.  Well, maybe a Keane cover version of “Staying Alive” played at half-tempo.  Go ahead and strut Norman.  You deserve it, because your already messed-up life is about to get even messier.

This episode focuses on Norma’s arrest for murder, and the actions that Deputy Shelby and Norman will take to help her.  It turns out that they with both do quite a bit.  Norman works hard to secure her bail, and succeeds in doing so, only to get the cold shoulder from his mom because she is angry that he slept with a girl.  Poor Norman.  Meanwhile Deputy Perv-hole is willing to risk not only his job, but a jail sentence as well, to see that Norma isn’t charged.    Did he really fall for Norma that quickly, that he would risk everything?    It is impossible to sympathize with this guy, considering his hobby of chaining women in his basement.  And yet Norma sides with him.  This episode ends with a major turning point, when Norma is confronted with irrefutable evidence that  Shelby is not the stand-up guy she thinks he is.  Will she finally believe in her son? 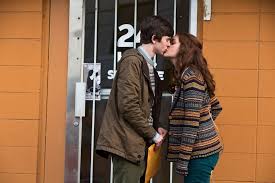 And then there is Emma.  Sweet Emma.   She is really growing on me, and I wish she would grow on Norman too.  She is cute, empathetic and wise beyond her years.  Of course we know there is not going to be a happy ending to this series, right?  There will never be little Normans and Emmas running around the Bates Motel.

Also, that was a dirty trick to make Dylan’s work partner seem like such a cool guy, and then have him get shot in the neck for some yet-to-be-disclosed reason.   Really, how many of your friends would loan you $5,000 of their hard-earned illicit pot-field-guarding money?

We are halfway through the first season, and so far this show continues to entertain, and exceed expectations.  There are a lot of loose ends, though, a lot of unanswered questions.   Will we get all the answers we are craving, in the long term?  And in the short term, will Norma (hopefully) side with her son for once?  Stay tuned.